In a personnel move with enormous implications for the parcel-delivery industry, regional carrier LaserShip said Friday it has named Mark H. Holifield, the architect of Home Depot Inc.'s modern-day supply chain operation, as its permanent CEO.

Holifield succeeds Mike Roth, who was brought in by LaserShip's owner, private equity firm American Securities LLC, to serve as interim CEO of Vienna, Virginia-based LaserShip. Holifield takes over on Nov. 8. His last day at the Atlanta-based retail giant is Oct. 31.

Holifield, a 15-year Home Depot veteran who is currently executive vice president of supply chain and product development, will be replaced by John Deaton,

Home Depot's (NYSE: HD) senior vice president of retail operations and effectively Holifield's second in command when he worked on the supply chain side. Deaton will assume Holifield's title.

Holifield, 65, joins LaserShip at an auspicious time for the company and its industry. It has been widely reported that LaserShip has acquired fellow regional parcel carrier OnTrac for $1.3 billion. (American Securities hasn't formally confirmed the transaction.) The deal combines LaserShip's 23-state network covering much of the eastern half of the U.S. and extending as far west as Indianapolis and Little Rock, Arkansas, with On-Trac's eight-state West Coast network, which includes all of California and goes as far east as Colorado. Most observers believe the merger will eventually result in the first national parcel-delivery network spawned by regional carriers.

Holifield comes aboard as the parcel sector braces for what is expected to be an unprecedented holiday delivery season. Though there may be less delivery volume than last year as consumers buy more in-store items, the supply chain bottlenecks on both coasts could make delivery commitments harder to meet than a year ago. All regional delivery carriers have stopped taking new fourth-quarter business and are turning their gaze to 2022.

Holifield earned much of its parcel chops after Home Depot launched a $1.2 billion initiative in 2017 to provide nationwide same-day or next-day deliveries of online orders to 90% of the U.S. population by 2022. Among the outbound delivery operation's linchpins are four direct fulfillment centers ranging from 750,000 to 1.6 million square feet that reach about half of the U.S. population. Home Depot is expected to build seven such facilities in all.

Deaton, 48, who has been with the company for 14 years, has done two stints in its supply chain operation. The first, in 2007, included shepherding the rollout of 19 Rapid Deployment Centers (RDC) to modernize the company's store replenishment network. The strategy, developed by Holifield, represented a near-total revamp of Home Depot's supply chain.

It is hard to overstate Holifield's impact on the $132 billion Home Depot enterprise. When he arrived in 2006, Home Depot didn't have much of a formal distribution network. Logistics received little attention as the company focused on rapidly growing its store footprint. About 80% of Home Depot's merchandise was shipped directly from vendors to its cavernous stores that could hold large swaths of inventory. In addition, 70% of the merchandise was ordered at the store manager level. There was no regional oversight.

Things changed soon after Holifield got there. Departments were given mandates to streamline operations in the wake of the 2007-09 real estate crash that hit the company's housing-related business. In addition, Home Depot had gravitated to a new store design model that emphasized smaller square footage in more populated areas. The new stores would be incapable of storing large volumes of goods as could their older brethren. Without a regional distribution plan in place, stores would be subject to persistent stockouts, poison to any retailer.

The RDC model changed the game. As originally constructed, each center served about 100 stores. The centers were designed as flow-through facilities to enable rapid cross-docking operations, minimizing the need to store goods. Most products ship within 24 hours of arriving at the centers. Functions that had been supporting the old model were jettisoned, resulting in significant cost savings. Store managers were no longer responsible for ordering goods. Most importantly, the company could do a better job of aligning product demand with available store capacity, reducing the incidence of stockouts.

About a decade later, with e-commerce more mainstream in retail than ever, Holifield launched the outbound delivery program that remains a work in progress.

Holified also elevated Home Depot's visibility as a supply chain management thought leader, carrying the orange flag to numerous local and national conferences, trade shows, and related events. Today, Home Depot is considered one of the most influential shippers in the U.S.

© 2021 Benzinga.com. Benzinga does not provide investment advice. All rights reserved. 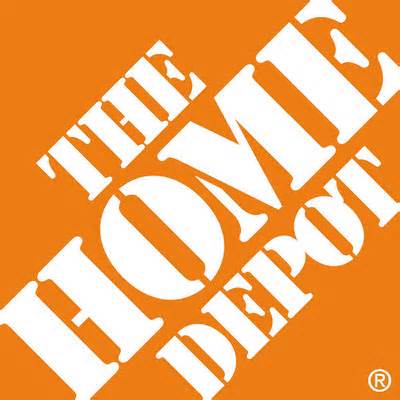