Additional CCTV footage relating to the shooting murders of 39-year-old bikie Fares Abounader at Panania in August and 44-year-old Mejid Hamzy at Condell Park in October has now been released.

Hamzy was the brother of Brothers for Life founder Bassam Hamzy and Abounader was a former Comanchero who had been jailed over the death of a man who was killed in a Sydney Airport brawl in 2009.

The CCTV vision, and additional dashcam footage, shows cars and persons of interest and police are appealing for anyone with information to come forward.

Investigators from the State Crime Command's Criminal Groups Squad believe the murders may be linked.

The dashcam vision from Panania depicts a white Subaru parked outside a Wall Avenue home, prior to the shooting murder of Abounader.

The same car is then captured on CCTV turning onto Horsley Road.

And dashcam vision from Henry Lawson Drive at East Hills captures two men in dark-coloured clothing in the hours before Hamzy was shot.

CCTV vision then captures two men running through Colechin Reserve at Yagoona just after the murder.

The hood of one of the men falls off his head, revealing his face and blond hair. The two men then flee in two luxury cars.

Detectives believe these are the same two men seen in the dashcam vision from Henry Lawson Drive and believe someone may be able to identify them.

Detective Superintendent Grant Taylor said the two murders were "execution style, where the offenders waited inside nearby vehicles for their targets, before fleeing in getaway cars".

"Both these murders were calculated, deliberate and brazen attacks, and in the case of Mr Abounader, occurred in front of his family members," he said.

"We urge the community to take a close look at the individuals and vehicles depicted in the CCTV vision," he said. 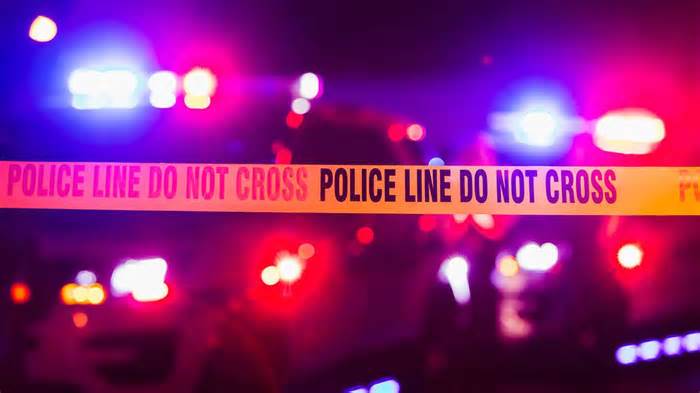